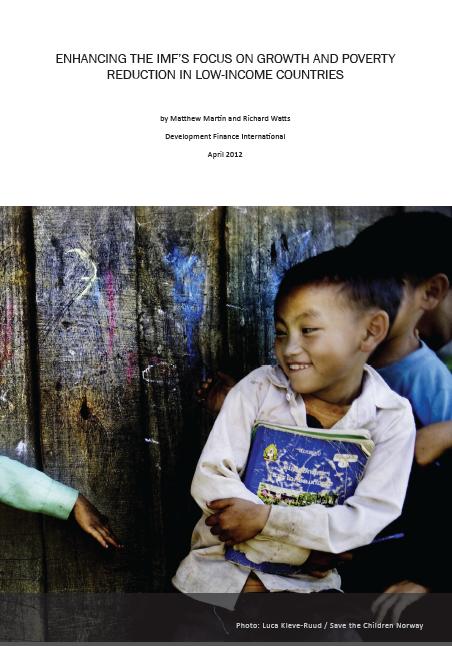 Development Finance International for Norwegian NGO coalition Save the Children Norway, Norwegian Church Aid and the Norwegian Forum for Environment and Development

This report examines whether the IMF's Poverty Reduction and Growth Trust (PRGT) lending facilities have been delivering poverty reduction and growth to low-income countries. It finds that there was an increase in overall spending in almost all LICs in 2009-10, but in 2010-12 most IMF programme countries are cutting overall spending, while most non-programme countries are not: as a result, PRGT countries' spending will be almost the same as % of GDP in 2012 as in 2008, while that of other LICs will be 2.3% of GDP higher. Health spending will have decreased as % of GDP during 2009-11 for 68% of IMF programme countries, but only 53% of non-IMF countries. The report recommends 9 important steps to enhance PRGT focus on poverty reduction and growth.