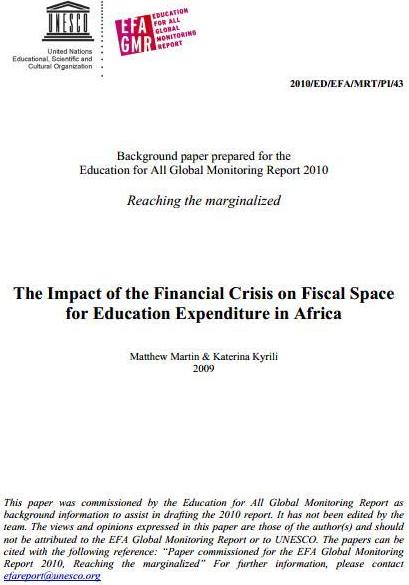 This report was commissioned as a background report for the 2010 UNESCO Education for All Global Monitoring Report 2010, analysing the impact of the global financial crisis on African government budgets and education spending for 2009. The paper concludes that some countries have been given more "fiscal space" in 2009 to spend more to counter the effects of the crisis, which has meant that only a few countries have cut education spending in 2009. However, much more spending could be financed with grants or loans, without jeopardising macroeconomic stability or debt sustainability, or creating excessive aid dependency.