30th May 2013 - Timor l’este is now the 53 country available on the government spending watch website. If you would like to go straight to the data click here, or click read more below for some initial analysis of the data.

In terms of MDG related sectors, figure 1 outlines that education and social protection (principally support for IDPs and assistance to former combatants) receive the highest allocation of the consolidated expenditure in Timor l’este (donor and Government sources combined). Education expenditure has risen significantly from 2011 to 2012, with increases in donor and government allocations to the sector. Donor funding in other sectors has remained reasonably consistent from 2011 to 2012, although donor funded environment spending dropped sharply in 2012 (it was high in 2011 due to donor allocations to climate change). Both environment and gender sectors in Timor l’este receive very little government and donor finance.

Figure 1 – Sector spending as a % of planned consolidated government expenditure 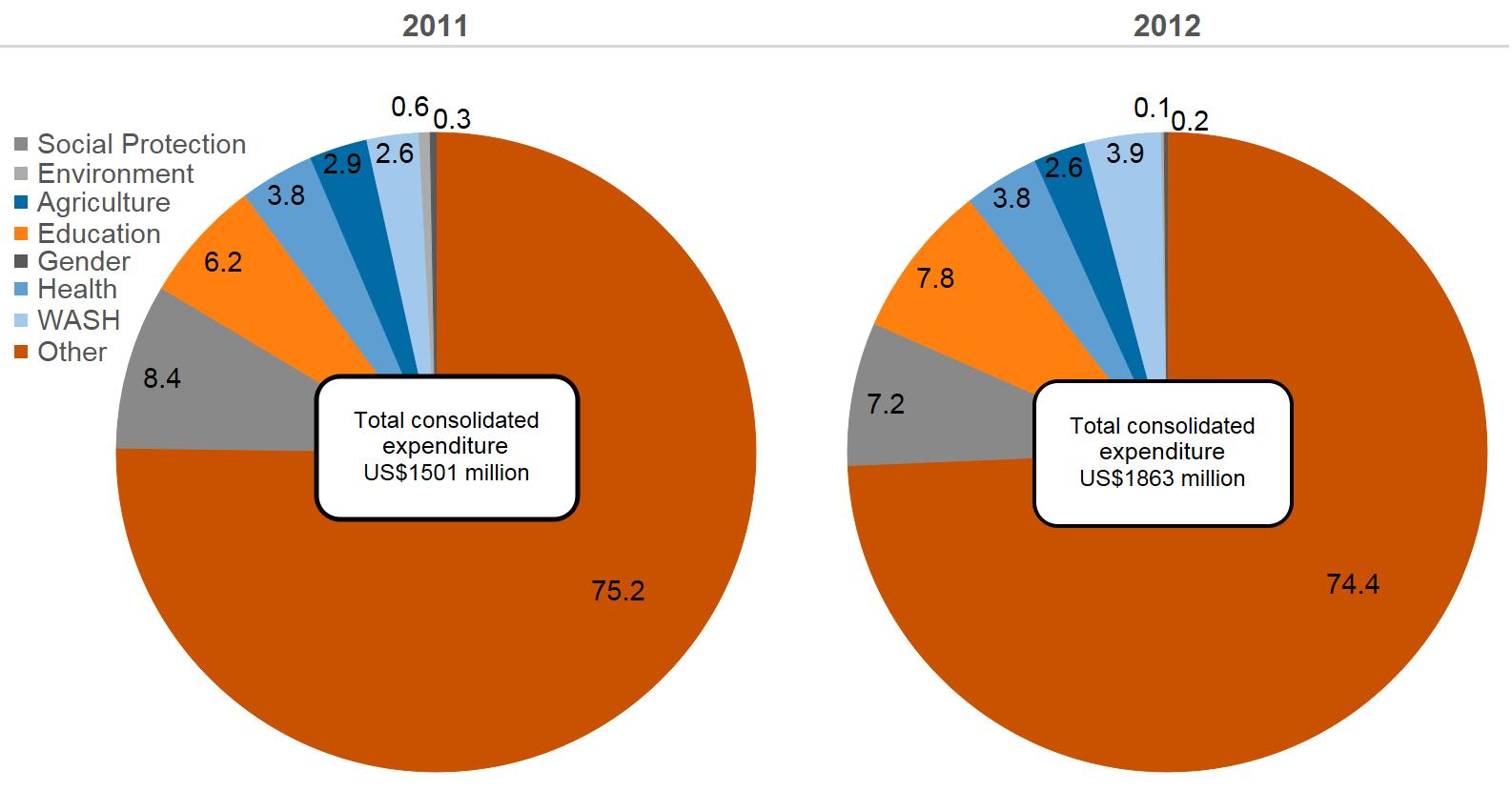 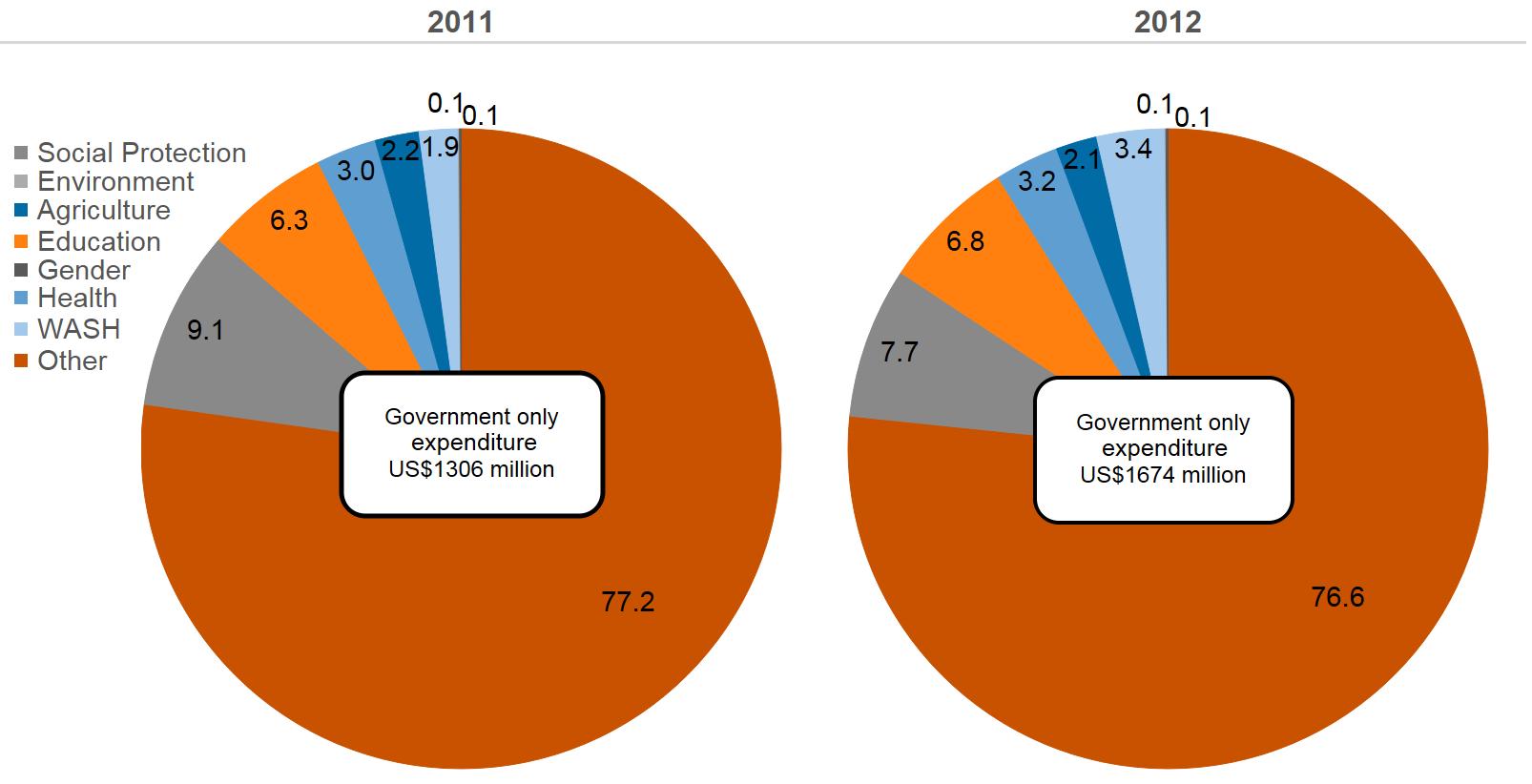 When looking at the donor commitments in figure 4, it can be seen that in MDG related sectors received a 7.6% increase in the share of the total from 2011 to 2012, mainly due to the large increase in education funding. The other key sectors of donor allocation are the health, agriculture and WASH sectors, which all have similar percentage shares from 2011 to 2012. Both gender and environment sector commitments have fallen as a percentage share in 2012. 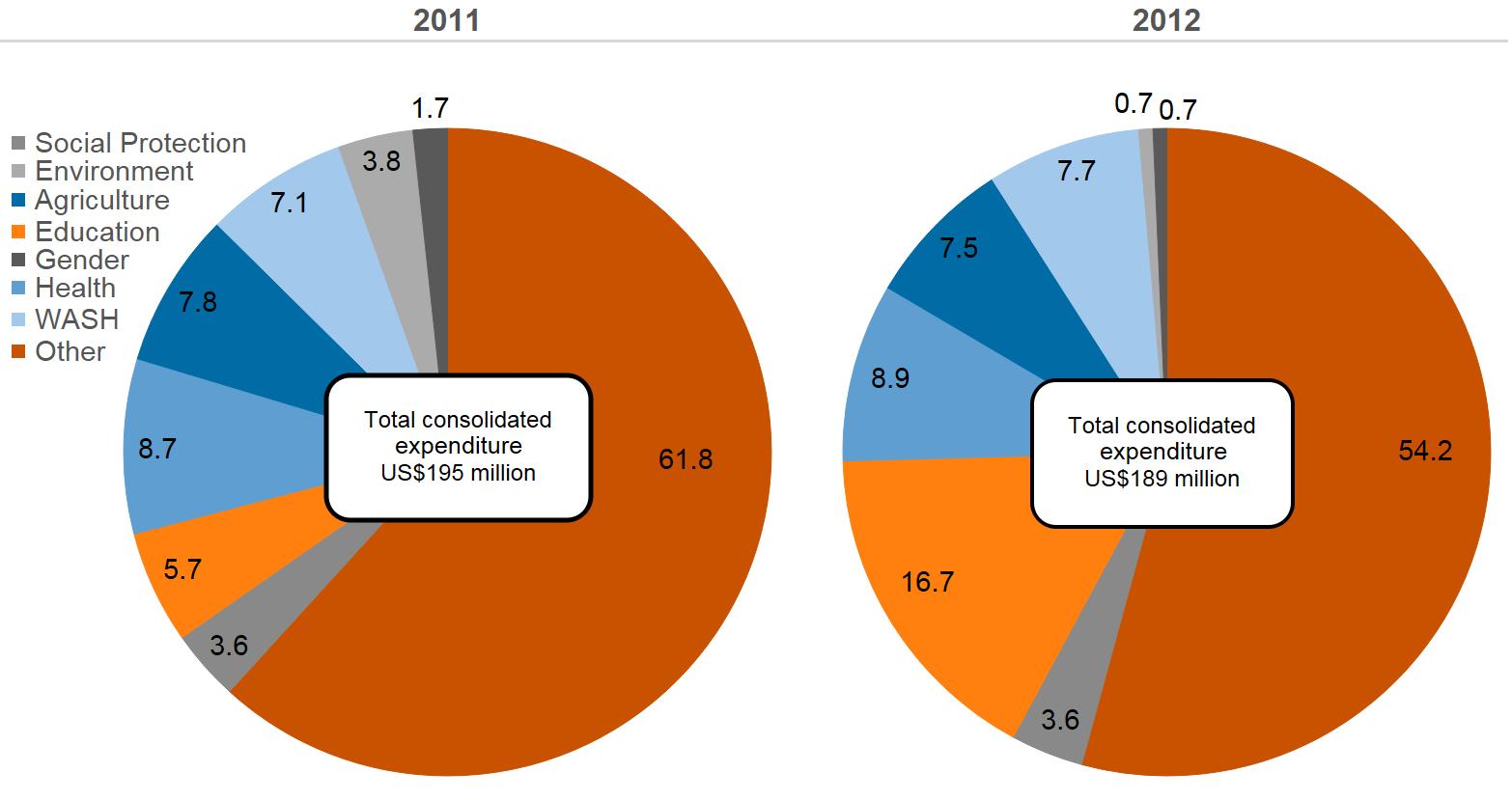