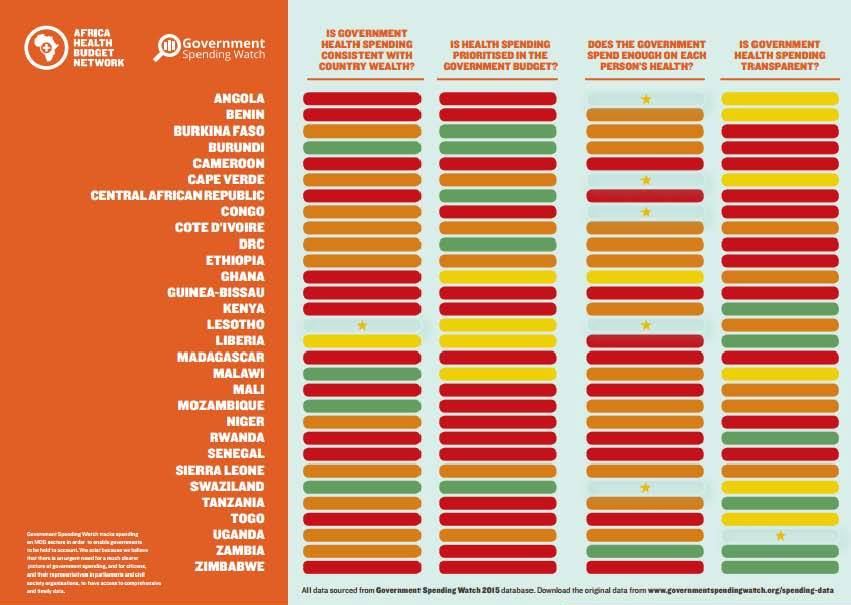 The scorecard assesses performance on 4 indicators:

2.  Is health spending prioritised in the government budget?

3.  Does the government spend enough on each person’s health?

For each indicator, performance is scored against global targets but also according to whether progress was made between 2013 and 2014.

While a few countries register some positive progress, there is a still a long way to go for most to meet the targets which would ensure that healthcare is free and universally provided.  To find out more on how developing countries have progressed on MDG spending in health and other key sectors and why spending must be scaled up, read the latest in-depth GSW research “Financing the Sustainable Development Goals: Lessons from Government Spending on the MDGs”.