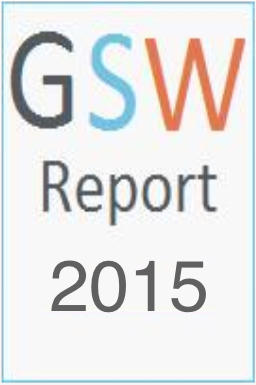 The new data-sets cover 67 low- and middle-income countries (for more information see map here) with budget information from 2012-14.  Not only does this represent the most up-to-date cross-country figures available for the seven sectors GSW tracks, but we’ve also increased the number of countries with data available (14 new countries since the last update). The new data also includes new information on defence and debt service spending – enabling users to compare MDG spending with “less desirable” spending on these areas.

Compiling the data set required a lengthy exercise of investigative data-gathering, from public and semi-public budget-related documents. Data are disaggregated by type of spending (recurrent vs investment), and source of funding (government vs donor). They are presented in national currency, $ equivalents, constant and current prices, as a percentage of GDP and total spending, and per capita. They can be viewed as graphs or tables, or downloaded in Excel. To find out more about how our data is compiled click here.

To accompany the new data GSW has compiled in-depth analysis of the latest trends in MDG spending (and the less desirable spending on debt and defence) as well as looking at how these different sectors are being financed. The 2015 Government Spending Watch report (“Financing the Sustainable Development Goals: Lessons from Government Spending on the MDGs”) aims to take stock of progress on MDG spending as the world moves towards the finish line for the MDGs. However, 2015 is also the year when the international community will agree a new set of more ambitious Sustainable Development Goals (SDGs) for 2016-2030, and will decide how Financing for Development (FfD) should fund them. This report is launched as world leaders come together in New York to discuss the FfD agenda in the run-up to the Third International Conference on Financing for Development to be held in Addis Ababa, Ethiopia, from 13 to 16 July. The report takes a look at whether current spending trends will suffice to achieve the SDGs: examines how spending has been funded since 2008, and what needs to change in FfD: identifies what needs to be done to ensure government spending combats inequality; and finally assesses how ready countries (and the international community) are to track SDG spending, and to hold governments and funders accountable for its levels and results.